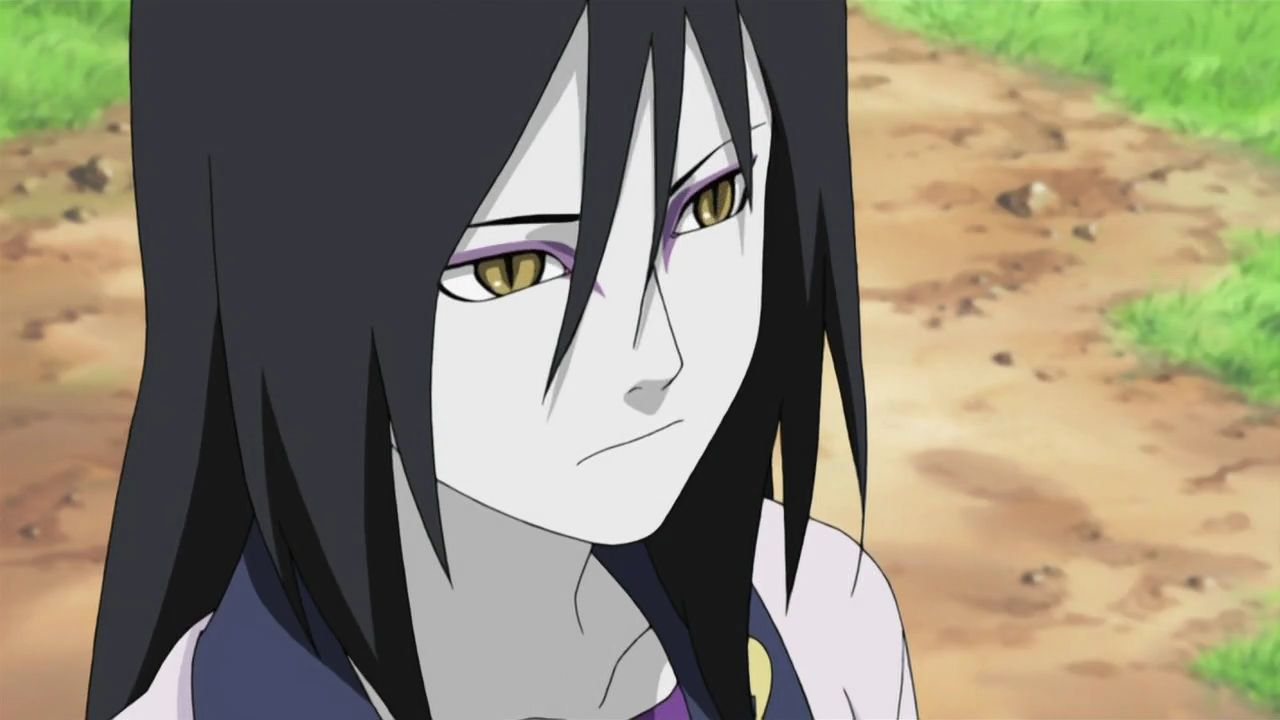 He leant down and kissed and sucked his neck fiercely. The uke moaned louder. Orochimaru stuck his hips out a bit and grinded against him.

This time they both moaned- though Orochimaru's was quieter. He noticed his Lord was also sporting an erection. It made him happy that he made his Master react that way.

The tongue was moving down. Down his shirt. More moaning. His shirt was being taken off. Orochimaru has excellent control.

Once it was off his tongue retracted. Kabuto was left panting harshly. What's been on your mind. Orochimaru smirked once again.

He didn't want to disappoint him. Orochimaru was his Master and he his servant. Kabuto knew he was serious this time. Well we can't do much about that.

Although… I'm interested to know… Who have you been thinking about? He pulled out a kunai. Kabuto swallowed again and stared at it. He placed it against his throat.

Orochimaru took the kunai from his neck and swiped his chest, making a shallow cut. Kabuto cried out slightly, but otherwise kept his composure.

Well, as well as he could manage, being half-naked and pinned against the floor by his Lord. His Master kept on making cuts around his body.

He then licked the deeper one's. Kabuto moaned loudly, and fidgeted in his spot. Orochimaru let go of him and stood up.

He looked down at the pitiful mess his subordinate was. Orochimaru undid his cloak and sat down. He was only wearing a fishnet top and boxers underneath.

The aching feeling that was long ago forgotten returned to his groin. He gestured for him to stand closer. Once he was close enough, he yanked him down so his face was inches away from his crotch.

A bulge could be clearly seen. They were slightly wet, probably from the pre-come that was oozing out. He hesitantly stuck his tongue out and licked it slowly.

A low moan was heard from above. He leaned further forward and his mouth enveloped the top.

Kabuto gagged slightly but started bobbing his head up and down. He wasn't sure what to do. He had some idea, because he read a lot of books when he was still in his village, and a few of them were slightly perverted.

He sucked the top of the others cock. He swirled his tongue around it, as he recalled a scene similar to this in one off the perverted books.

This time as he bobbed up and down his tongue swirled around it. He made a humming noise. Orochimaru moaned louder.

Kabuto looked up and saw his mouth slightly open in an 'O' shape, drool run down the left corner of his mouth.

His eyes were squeezed shut. Kabuto added chakra to his mouth to make it tingly, and moved faster. At the same time, he massaged his balls lightly.

A white substance spurted into Kabuto's mouth, and he swallowed it. It was sweet, but sour at the same time. He loved it. He collected some of it that had dribbled out of his mouth with his fingers and sucked it.

Whilst he was doing this Orochimaru came down from his high and watched him, amused. His eyes widened once he realised what his Master meant, and the pain grew in his crotch.

He really wanted- no, needed to release. Before he could answer, he was, once again, pinned down by Orochimaru. Except this time his pants had been removed.

The only clothing he had on now was his sandals, and Orochimaru his fishnet top. His face went a light shade of pink as he realised his legs had been put over his Lord's shoulders.

Their manhood's I'm running out of things to call it xD rubbed against each other, Orochimaru's becoming hard once again. Kabuto was glad he was flexible, otherwise the position they were in would have been painful.

His Lord's tongue, once again, entered his mouth, but this time keeping to its normal size.

Kabuto kissed back, but didn't 'fight for dominance' in fear he would annoy his Master. They broke away and Orochimaru took his servant's glasses of and put them somewhere on the floor.

Kabuto shut his eyes and panted, drool running down his chin. A dark blush painting his cheeks. All in all, it could have been described as sexy.

Orochimaru extended his tongue and licked it away. When he reached his crotch, Kabuto's breath hitched in his throat, and his eyes squeezed together tighter than before, waiting.

The skilled muscle circled around it slowly, causing Kabuto to squirm uncomfortably. He was in too much pleasure to form worlds correctly.

Orochimaru noticed this. Orochimaru started to kiss his neck, leaving a hickey. He licked the underside of the others crotch slowly.

He never felt this kind of pleasure before. He stopped sucking for a moment. His Master continued.

Kabuto was blown away. Never had he felt so good. His warm, wet mouth engulfed his crotch. He knew just where to rub and lick.

And the way he swirled his tongue around the underside, he was amazed. Kabuto wasn't sure what he had done to deserve this, but he wasn't complaining.

Orochimaru took his fingers out of his mouth and started circling his entrance. Kabuto cried out as one of them entered. He squirmed around.

It was… Uncomfortable. As he entered another two fingers, it was slightly painful. Orochimaru started scissoring his fingers and thrusting them in and out.

Now it was extremely painful. Despite the character's small appearances in Part II, most of them were well received.

The way Orochimaru angers Naruto Uzumaki in their battle as well as how he manages events ever since his reintroduction have been deemed as "near perfectly" by Mania's Chris Beveridge.

On the other hand, Beveridge liked how during the fight between the two a flashback showed Orochimaru's backstory in Konoha, which helped in expanding his character.

Media related to Orochimaru at Wikimedia Commons. From Wikipedia, the free encyclopedia. Orochimaru by Masashi Kishimoto.